The fun that comes with riding a motorbike can only be understood only by someone who does it quite often. This niche has also influenced other industries such as fashion, and that is why you will find motor-themed apparel in the modern market. Motor shows are also a frequent thing that attracts people from all parts of the world.

What can these motor enthusiasts do during their free time? Visiting an online kasyno has been one of the coolest approaches to spend some free time and even earn some real money. The following are some of the best motorcycle-themed slots and casino games for motorcycle lovers that you can try today: 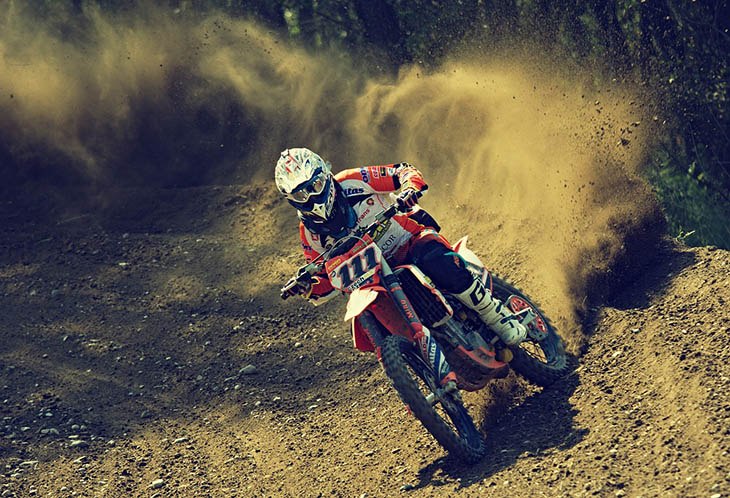 It is an exciting game created by NextGen Gaming. It has a bikers theme accompanied by exciting features and graphics. There are a total of 5 reels and 25 paylines that are adjustable. It may not present the same experience you get while riding a motorcycle, but the wins you get from this slot can elevate your moods. The game's symbols include a helmet, sunglasses, and a devil patch, to mention a few. The Slide a Wild feature is what you should look out for if you want to enjoy some bonus.

This biker-themed slot is developed by BetSoft Gaming and included on its Slots3 Series. The game features a total of 30 paylines and 5 reels. The game's name is inspired by Hells Angels, one of the world's most popular biking gangs. Some of the symbols representing this game include a bike, a biker, billiard balls, a lighter, cash, and the Bar sign, to mention a few. The game has several cool features for those who are looking for a bonus. The Party Free Spins feature gives players 10 free spins when they land at least 3 scatter symbols on any of the reels 1,2,3,4 or 5.

If you have been a solo rider but always looked for a gang to join, then this is your chance (literally). Spinomenal, the creator of this slot, may not be the biggest name in the casino industry but surely has something that will excite biking fans. The game features everything you may want in a biking track, starting from the background, the soundtracks, and the sound of screeching tires when you spin. There are five reels and 9 paylines on this game. Some of the symbols you will find on this game include a Route 66 road sign, a motorbike, speed limit signage, a helmet, a speedometer, a gang jacket, a motel sign, a yellow engine, and gloves, to mention a few. You can get up to 10 free spins from two different bonus features.

It is from Microgaming, one of the biggest casino games creator in the world. Reel Thunder is centered around bikers, motorcycles, and roadhouses. The game features a total of five reels and 9 paylines. There is also a 10,000 coins jackpot—however, there no free spins or bonuses, unlike most slots that we have already covered. The beauty of the game is the Winged Heart symbol feature that can replace any of the symbols and increase your chances of winning. It fuses both traditional and modern styles, which is a great choice for someone looking for something in the middle.

It was one of the most popular motorcycle-based pokies in modern casinos. The game was launched in 2015 by NextGen Gaming and SG Digital. It has other themes such as movies and celebrities, on top of the motorcycle theme. There are 5 reels and 25 different paylines on this amazing slot. The game can also be played on mobile as well as a computer. Some of the dominant features include an expanding wild, a scatter symbol, a wild symbol, and a gamble feature. It is a good option for those looking to increase their chances of winning as it has many free spins.

It is a game developed by BetSoft and was launched in 2015. It is a five-reel game with a total of 30 paylines. The motorcycle theme is the only visible theme on this amazing slot. A notorious biker gang cruises the desert in the search of a Progressive Jackpot. The game makes you an honorary member who gets to hang out with the rest of the gang. The Center Reel Re-Spins features increase the chances of winning as the center reel re-spins after every win. Other features to look out for include the Biker Race Bonus, Progressive Jackpot and Darts Me Click.

This game from BF games was released in late 2019. The game is centered on several things, such as driving, money, motorcycles, and adventure. There is a bonus round and free spins that increases the chances of winning. It has an auto-play feature, but there are only three reels and one-payline. Some of the symbols to look out for include the dollar, scatter, and wild star. The dollar sign is bonus, the wild star can pay anywhere between 2 to 5 times while the scatter activates the feature (it is non-paid).

It is an amazing game from Dreamtech Gaming. Easy Rider is centered on motorcycles, luck, fire, and racing. There are a total of five reels and 25 different paylines to experiment on. Players can trigger free spins and increase their chances of winning. Some of the features to look out for include the scatter, auto-play, and wild symbols.

Bikers can enjoy any of the above games/ slots in online casinos that cater to their needs. You can also play other games such as online blackjack if you are looking for a classic touch. Be open-minded; take your time to study the slots and explore different options available online.