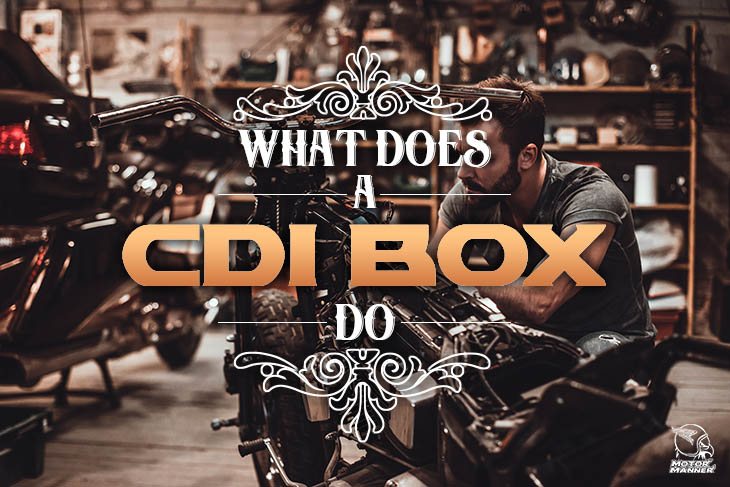 What Does A CDI Box Do: What Are The Things You Need To Know?

Learning the functions of CDI box could be a lot easier. In fact, you are not required to be a professional one just to know about its functions. There are just important things you need to know about.

What Is CDI Box?

A CDI or capacitor discharge ignition that is found on most bikes is linked to the ignition where it mainly stores the electrical charge. It is responsible for increasing the spark’s power in the spark plug. CDI box can be found only on vehicles that are based on the gasoline engine. It was originally developed in order to overcome the long charging times, which are associated with the high inductance coils mainly utilized in IDI system or inductive discharge ignition, thus making the ignition even more suitable especially for the high engine speeds.

What Does A CDI Box Do?

This plate has the ability to hold the electrical wire coils, which in first place work to power the lights and battery charging circuits as well as ignition.

Charging coil, on the other hand, is a coil found on the stator. It mainly creates power for the spark plug, condensers, and flywheel.

This is responsible for measuring the point where the magnet of the flywheel changes from north to the south pole. It will then send a pulse to the CDI box. The pulse will then trigger it to move the energy that it has right from the capacitor into the high voltage transformer.

This pertains to the alignment point shared by the engine case and stator plate. This is very useful mainly because the stator plate can be rotated right to the left according to the mark. It will then change the CDI’s trigger point.

We cannot deny that not all people are aware of what a CDI box do. To give you the basic understanding and knowledge of it, here is how the CDI ignition actually works. Read this to know how to bypass a CDI box.

The CDI ignition mainly starts thru generating the charge while storing it up right before sending it out to the next system’s component. When the electrical level successfully reaches the right value, it is where the current signals and then charges a spark plug, thus allowing off the excess electricity in pulses, which in the first place power the engine. The power passes all through the capacitor. After that, it is transferred to the ignition coil, which helps in boosting the power through acting as the transformer while allowing the energy to pass through it instead of catching it. Therefore, the CDI ignition lets the engine to keep running as long as the power source has a charge.

Take note that the CDI ignition systems have a fast charging time. It powers themselves even more compared to the inductive ignition system. These power sources’ types are perfect for much smaller machines including outboard motors, chainsaws, and motorcycles. In spite of the usability that it has, a certain limit is still there to the amount of charge a capacitor mainly holds right before it burns out.

This is the main reason why it is not an ideal resource most especially on the larger vehicles and machines. Keep in mind that the faster the CDI system spins, the lesser power it exudes. This is why it cannot power either a truck or car.

How To Troubleshoot A CDI System

For those who already know the answer to the question ‘what does a CDI box do?’ they are perhaps wondering how to troubleshoot a CDI ignition system. Well, that is not a problem anymore, since there are many ways to solve the problem.

The ignition problems mainly originate within either the charging system or battery. To generate the current needed and create a spark, there is a need to make sure, that the battery should have what it takes to supply the CDI box with the full twelve-volt current. On the other hand, the battery should at the same time power the lights of the motorcycle. If the engine of the motorcycle turns over, yet it does not start, just completely charge its battery with the use of automatic battery charger right before you check anything else. However, if the motorcycle refuses to start, there is a need to conduct various tests with a multimeter.

This is done in order to know if the CDI box has incurred any damage. The good thing is that, the factory service manuals offer testing procedures along with CDI box specifications needed by the motorcycles. Click here to know more about CDI testing and troubleshooting.

How Do You Check A CDI Box? Start by checking the owner’s manual for CDI box in order to find the electrical resistance specs of the device. If the CDI box works properly, the ohm meter’s readings should match with the specs.

Starting from the input wire, just plug the ohm meter in. After that, simply turn over the engine where the CDI box is attached. Take note of the readings, and if they are right within the range that is listed in the manual, all you have to do is proceed in order to check the output wire. Watch this to learn how to test motorcycle box, ignition coil.

Knowing the right answer to the common question ‘what does a CDI box do’ is very important. Not only you will become aware of how it works, but you will also know other important things that are related to it. We hope that the above-written article has given you an insight about CDI box.

Let us know what you think in the comments below. Feel free to share this article to anyone who has the same question as you.