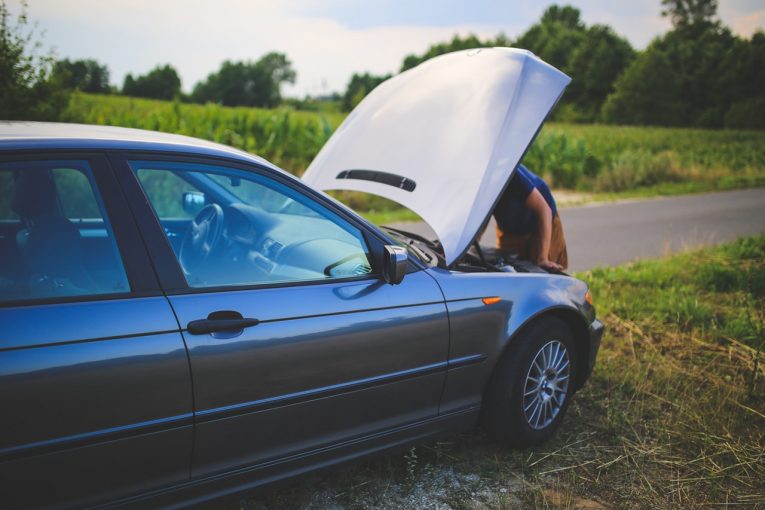 12 Most Common Vehicle Problems You Should Not Ignore

While you have a car or any other vehicle at your home, many common problems might come to your vehicle suddenly.

The airbag was introduced by Mercedes in 1980 and has become popular to the point of being one of the safety systems that cannot be missing in the car. The average life of an airbag is ten years and, if one of the airbags in your car has a problem.

A warning light will light up on the dashboard (it can also happen if the car runs out of battery). In that case, you should go through a workshop, and you may only need to reset the airbag module to turn off the light or change apiece, which is somewhat more expensive.

Driving a vehicle without the proper working of the headlight is really risky that can lead to road accidents and life-threatening injuries. Keep your automobile updated and maintained with headlights brake lights and other indicators. However, corrosion and disconnectivity of wire often cause technical failures of bulb fuse or dim lighting.

To deal with all such basic issues, you can check free workshop manuals of your car and take care of the problem yourself. As you just need to invest for the bulb that is obviously affordable if not halogen.

This metal bar joins the two wheels of the same axle to improve the stability in the curve of the vehicle since it allows supporting the vertical movement of the opposite wheels, reducing the lateral inclination that the body of a vehicle undergoes when subjected to centrifugal force, typically in curves.

It is part of the suspension of the car, it should last the entire life of the vehicle, and its deterioration is not usually noticed. Unless it breaks completely (then its curve behavior will be much worse). In that case, you must change the damaged part (it is not especially expensive).

They are keys in the suspension since it is where the shock absorbers and hoses are fastened (where the wheels are fastened). They should last the entire life of the car, but it is key that they check their condition in the workshop, since, in case they deteriorate and get broken, you can from losing a wheel to running out of the direction, and in that case, the mishap is predictable. Replacing them does not mean a substantial outlay.

One of the significant and commonly faced vehicle problems is a flat battery. What if you strike with such battery failures on the road while journeying? That’s stressful, obviously. Flat battery causes due to old battery, or even when the battery lost all the power. If your car holds a battery older than 3-6 years and has traveled over 50,000, then need battery replacement. Even the alternator failures can also cause flat battery problems, all sudden Commonly, the electronic Engine Control Unit is also known as the Engine Control Module (ECM), which enables to control actuators, etc. However, it is also known as the powertrain control module (PCM), and failures in this can cause many technical faults in the car. The issues of engine stalling and performance also get affected. The problems of ECM cause a dead battery, corrosion, low-voltage, and more reasons.

7. Corrosion In The Body

They should never be formed when one takes good care of the body, but sometimes rust forms at the bottom, the area most exposed to water and dirt. You have to pay attention to that area (the best way is to lift the vehicle in an elevator) and, at the first symptoms, repair the area, sanding it, applying putty, and repainting. The Catalyst converter reduces the environmental impact of harmful pollutant emissions from vehicles. It produces chemical modifications in the exhaust gases of cars before releasing them to the atmosphere, to reduce the proportion of some harmful gases generated in the combustion process. It lasts about 150,000 km, but sometimes too many exhaust gases accumulate without burning in the catalyst converter, and it is not able to eliminate them.

Sometimes metal parts of the braking system oxidize, which can deteriorate the system or cause liquid leakage. They are prepared so that it never happens in the life of the car. You can detect it by observing the underside of the car and, if there are leaks, checking if the brake fluid level drops (the warning light will light up on the control panel) or if you detect spots where you leave it parked. Rust can be removed with sandpaper or change to the affected parts.

These are steel discs that are attached to the wheel using the sleeve. When the brake pedal is pressed, the pad rubs against it, and the speed is reduced. Its duration depends on the type of driving and the car, but it is about 100,000 km. From there, they can deform (you will notice it because the steering wheel vibrates a lot when braking) or rusting by the area where they are attached to the wheel. The price of the new ones is very variable.

Failures in electronic systems controlled by a switchboard are increasingly common because there are more and more vehicles: headlights and windshield wipers, climate control, ESP. They depend on sensors, connections, which can fail for multiple reasons. You will detect it because there are things that do not work (if there are warning lights on the dashboard, they should light up). The cost of repair is very variable.

Diesel engines emit dangerous particles. For some time now, manufacturers have integrated particulate filters into the exhaust system, which retain solid particles generated in combustion so that the engine contaminates less. Its estimated useful life is about 120,000 km.

When driving is too quiet, it can become saturated with particles. A fault indicator will light on the control panel, and you should even notice that the mechanics offer a lower response. If it is not solved with a good time driving on the road at high revolutions, it will have to be changed.