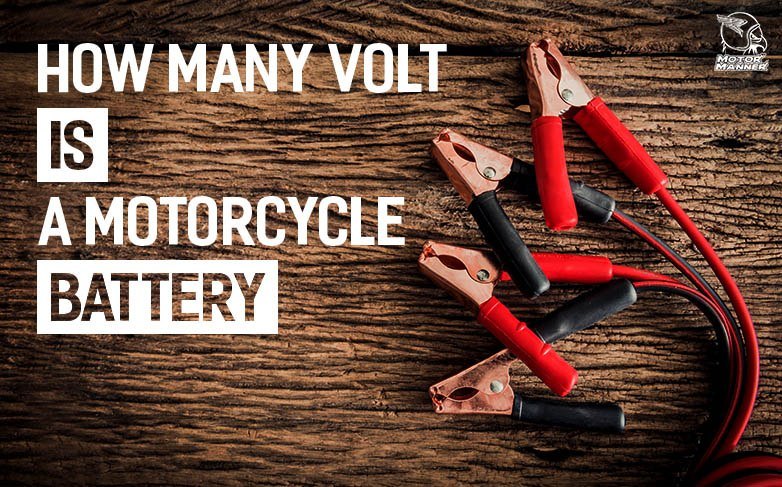 How Many Volts Is A Motorcycle Battery Charged With?

First of all, a 12-volt motorcycle battery is not a whole 12-volt cell. “Twelve Volts” is merely a label to help you sort out traditional lead-acid battery packs assembled from many cells. Although you might think of these as containing smaller 2-volt cells, the individual voltage levels will still vary a bit from that nominal “Two Volts”.

The Best Dual Sport Tires For Your Motorcycle﻿﻿﻿﻿﻿s

Know How to Become A Motorcycle Mechanic in a Smart Way

A charged battery pack that has been resting for hours and is not being charged or used will show terminal voltages balancing around 12.6 Volts. But how many volts is a motorcycle battery being charged with? To answer that, you will need to delve into battery basics like I did, if you want to keep your bike’s electrical system working well.

Primary voltages are set by the individual lead-acid cells’ chemistry. Motorcycle batteries are better described as packs built from several of these lower-voltage cells that are linked in series to meet the nominal 12-volt rating.

A 12-volt battery provides energy across a limited voltage range, from 10.5 Volts under load with lights dimming, to more than 14 Volts when rested and fully charged. It will not supply more than 14 Volts for long except when it is also being charged. 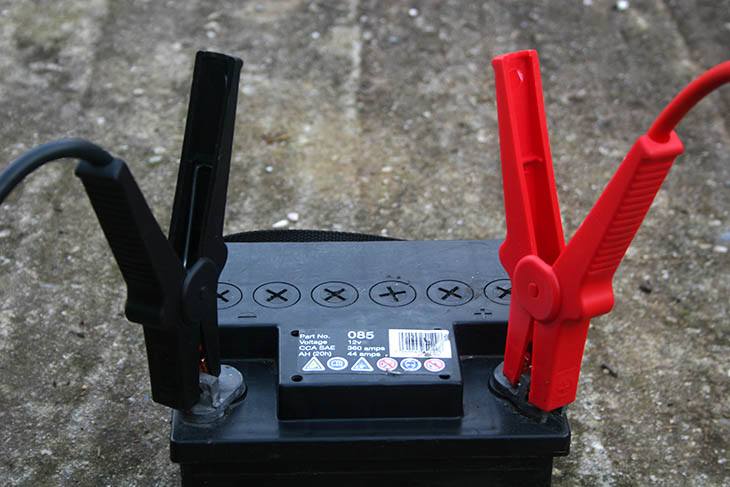 That 10.5-volt supply under load is mainly seen during testing. It will be barely enough to get your bike though hard starts, so in practice you should not experience this with a good battery.

Rested and unused packs that read at just 12 Volts are mostly depleted. If this “resting voltage” doesn’t exceed 12.1 Volts, that would mean it retains only a fourth or fifth of its useful capacity. You can assume it has about gone or needs a deep-cycle charge, which most cells can only undergo a few times before expiring. 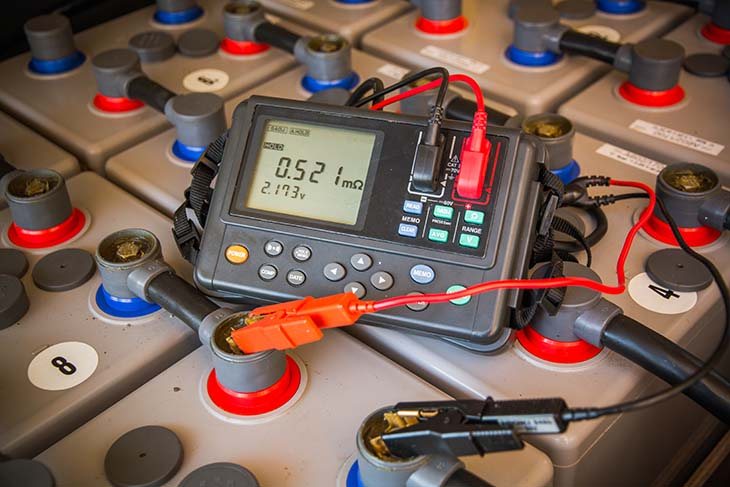 You can always estimate the state of charging of a motorcycle’s battery pack by measuring voltages at its terminals. Intelligent-type charger units will continually do this and stop charging whenever they detect voltages reaching the desired levels. Voltage readings are the usual method of determining a battery’s state of charge. 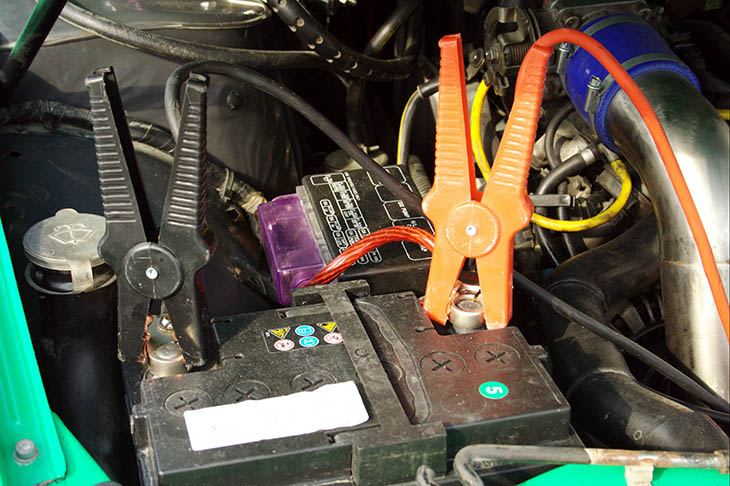 I have listed the voltages that are normally present at the terminals of a 12-volt lead-acid battery pack, according to different states of charging. Note that these figures denote open-circuit voltages, meaning the motor is not running and all lights and accessories powered off when voltages are read with a voltmeter or better yet, a digital multimeter like the Exatech MN35.

State Of Charge - Status Voltages For A 12-volt Battery Pack

*Once a battery pack has been freshly charged to the fullest, its voltage will read somewhat higher at first. However, it will eventually settle at its full-charge 100% value after a few hours.

The amounts of DC voltages supplied to a battery pack’s cells over time are critical in maintaining them in peak condition. I have listed the normal charging voltages for 12-volt lead-acid battery packs according to the modes available on various battery-charger units.

Mode Of Charging - Charging Voltages For A 12-volt Battery Pack

*Fast charging your bike’s lead-acid battery pack on a daily basis is not a good idea. Gassing can occur, which involves cautious monitoring and perhaps some top-ups every so often.

This video will show you how to check battery charge status﻿﻿﻿﻿ and charging rates:

Certain intelligent charger units have program modes that can speedily charge standard packs at “fast-charging”. Some are designed to maintain battery chemistry and thus energy capacity. Just the same, I do not advise using the modes for daily charging duties using the bike’s on-board electricals.

These regular charging-voltage ranges are what most bikes’ on-board systems and standard chargers will deliver to your battery terminals. In case you are wondering, the minimum charging voltages for basic 2-volt lead-acid cells start at 2.15 Volts. This is only a little bit higher than these cells’ own output rating of 2.1 Volts.

Minimal charging voltages at 12.9 Volts or lower are good for trickle- or maintenance-charging by standard charger units running off mains power. Tiny amounts of charging current continually top-up the battery while it is not in use, so that it will always be ready when needed.

But what if the reading shows zero Volts? Then it is likely there is a short circuit somewhere. If charging rates cannot push more than 10.5 Volts at any time, that points to a dead cell.

The most common situation is when the battery gets a full charge according to the battery-charger unit but the state of charge reads just 12.4 Volts or lower, or about 75% or less of peak capacity. If so, you have a sulfated pack. Sulfation in the cells is an ongoing by-product of regular battery discharges that reverses into useable electrolyte during re-charges. 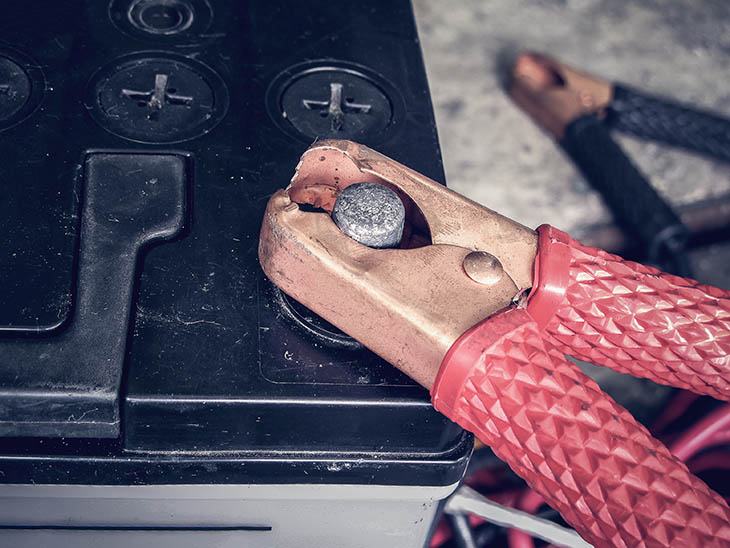 Cells that remain mostly discharged or drained for a long time will continue to suffer sulfation to the point where the internal plates harden. This has the effect of stripping the plates’ surfaces of chemical properties necessary for producing power, decreasing their potential to carry a full charge. Sulfated battery cells also self-discharge faster as well.

Your local shop should be able to load test your bike’s battery, which is the most critical operating measure. But you can easily do this yourself with a digital multimeter such as the Exatech MN35 M﻿﻿ultiMete﻿﻿r. 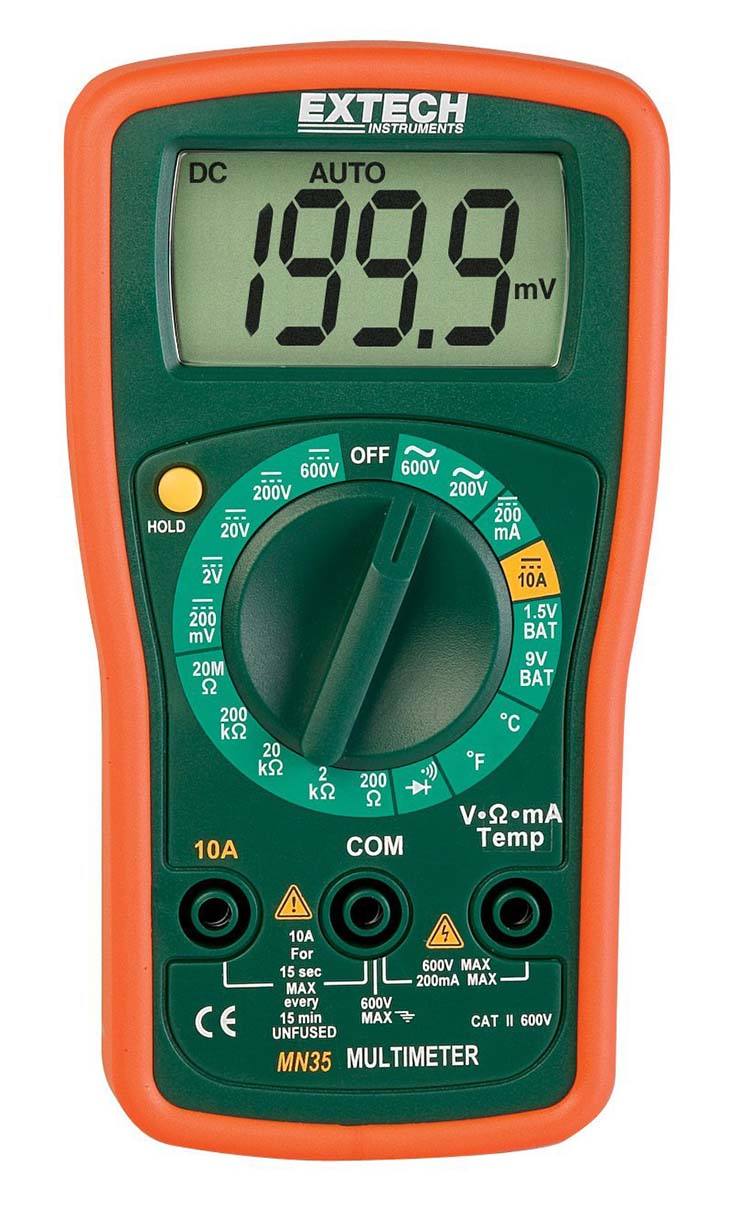 Check the battery first for a full charge, then lift the seat to expose the terminals. Before disconnecting, first start the motor while holding the voltmeter’s prongs to the correct terminals as you note the voltage drop. Tip: You do not really need to get motor running if you are only looking to read starting voltages.

So, how many volts is a motorcycle battery able to maintain under load if in good condition? Well, good 12-volt battery packs should be able to maintain from 9.5 to 10.5 volts under operating normal load for at least 30 seconds.

That said, no amount of charging will restore a defective or sulfated battery’s capacity. Once such happens, bike owners will be better off replacing it with a new pack.