If you’re the owner of a 2013 Nissan Sentra, then you may have had some problems with your vehicle. Nissan Sentras are nice, attractive, and dependable cars, but they have their fair share of problems. In fact, there has been a recall of the transmission of this vehicle, so if your transmission has been a bit wonky lately, then you need to learn about the recall and what you can do. Here are the details of that recall, in addition to some other useful information about the 2013 Nissan Sentra. 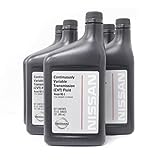 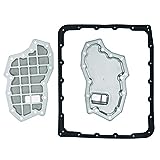 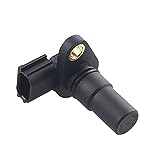 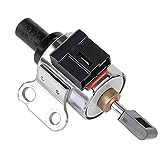 Many vehicles are recalled on a regular basis, for various problems that could negatively affect how the vehicle runs, and even jeopardize the lives of anyone that rides in or drives the vehicle. The 2013 Nissan Sentra is no different, and there were several recalls on the 2013 Nissan Sentra, and none of them involved the transmission despite its major issues.

There have been many other recalls involving the 2013 Nissan Sentra, but these involved electrical problems, fuel system, the OCS control unit, which classifies a person sitting in the front seat, and more, but not the transmission.

When do CVT transmission problems usually occur with the 2013 Nissan Sentra?

The issues with the CVT transmission typically don’t appear until the vehicle has been driven for over 85,000 miles. This is definitely a problem for some 2013 Nissan Sentra owners because by the time they’ve driven 85,000 miles, their warranties are no longer valid.

Nissan offered extended warranties for these vehicles due to the issues with the transmission, so that if repair or replacement was necessary, the owner wouldn’t be responsible for paying out of pocket. However, since the warranty was for seven years or 84,000 miles and the failure doesn’t usually occur until the car has been driven between 85,000 and 90,000 miles, then the warranty often expired before the problems surfaced.

There are some additional 2013 Nissan Sentra problems that you may have already experienced. First of all, the airbags have had some recalls due to malfunction and failure to launch when the vehicle is involved in a collision. A second issue with the airbags of the Nissan Sentra from 2013 involves a deformed seat bracket, which could impede the proper use of the Child Restraint System (CRS).

All of these airbag problems could pose a threat to the driver’s or any passenger’s safety, so they must be fixed as soon as possible. Fortunately, 2013 Nissan Sentra owners do not have to worry about paying for the repair of the airbag issues. However, it is the owner’s responsibility to ensure that the vehicle is taken to the appropriate dealership so that the problems can be fixed.

If for some reason, you were required to pay to have your own transmission replaced in your Sentra, then you can expect to pay approximately $3,600. Of course, this will depend on where you go, as prices vary at different mechanics. If your CVT transmission is showing signs of failure, then you need to contact your nearest Nissan dealer.

There have been issues with 2013 Nissan Sentra owners’ warranties expiring prior to the failure began, causing the owners to have no coverage to replace the failed transmission. Of course, there is the option of having the transmission rebuilt instead of completely replaced, but you must obtain estimates before making a decision.

So, if your 2013 Nissan Sentra has begun to show signs of a transmission problem, or has completely failed, then you may be stressed to the max. This is completely understandable, but you need to make sure that you explore all of your options, such as visiting the dealership, obtaining multiple estimates for repair and replacement, and more. Regardless of the solution that you eventually find, hopefully, you will be happy with the outcome and you can again enjoy driving your 2013 Nissan Sentra soon.